Wear one of these on your wrist, it's both awesome looking, it's viking AND it's handy in all sorts of survival situations! (transforms into a rope). 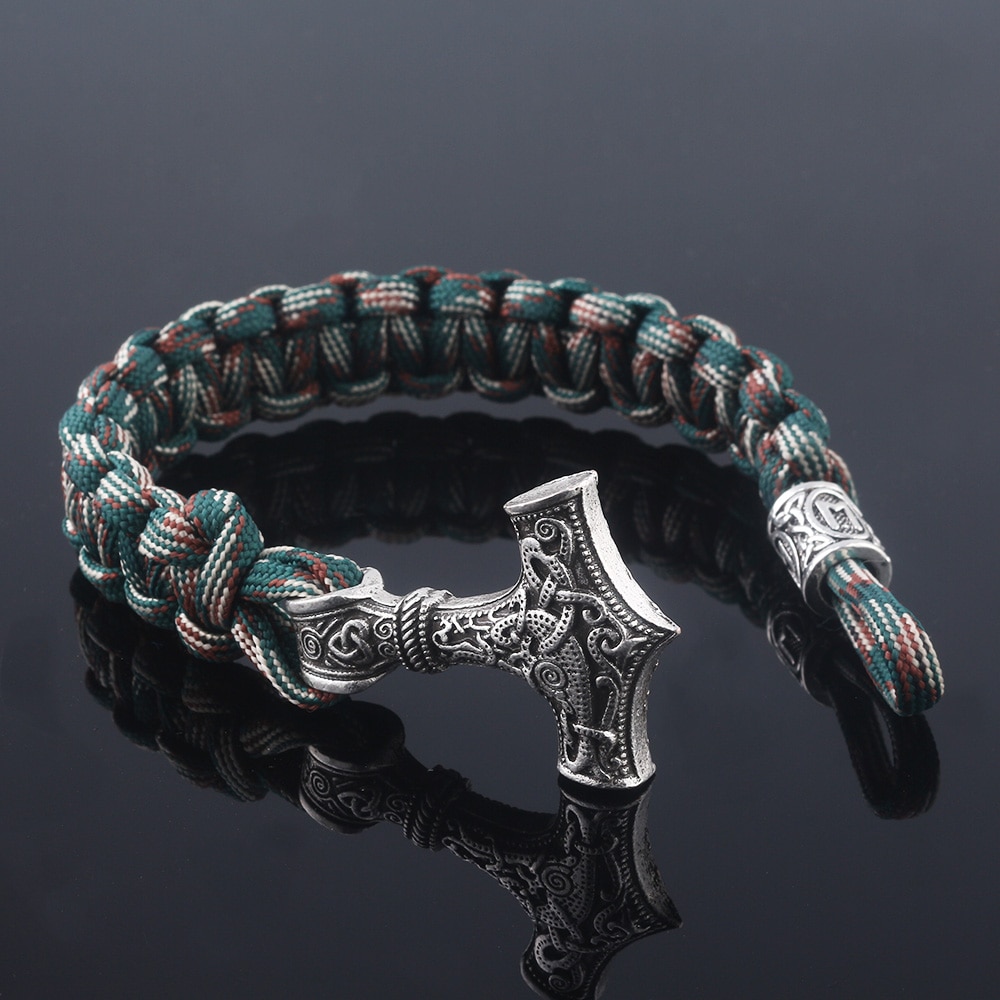 In its account of Norse mythology, the Prose Edda relates how the hammer's characteristically short handle was due to a mistake during its manufacture. 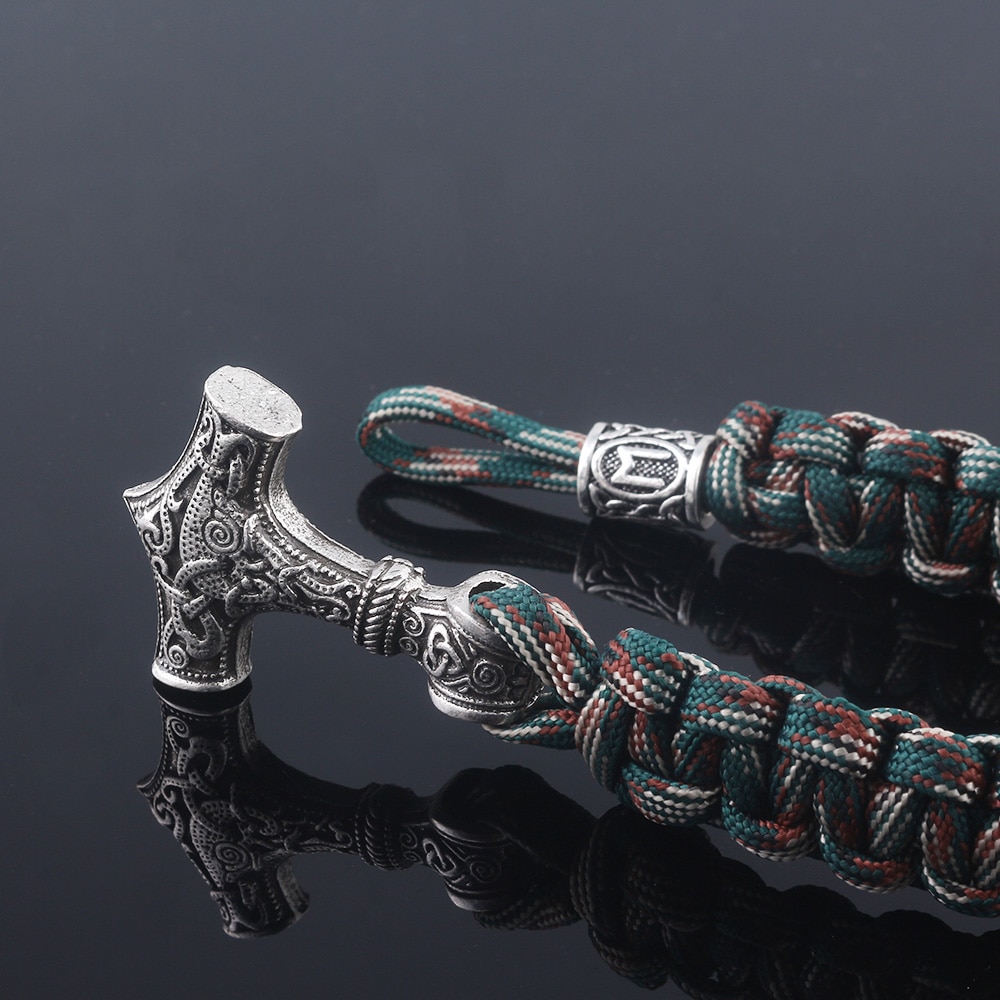 Though most famous for its use as a weapon, Mjolnir played a vital role in Norse religious practices and rituals. Its use in formal ceremonies to bless marriages, births, and funerals is described in several episodes within the Prose Edda. 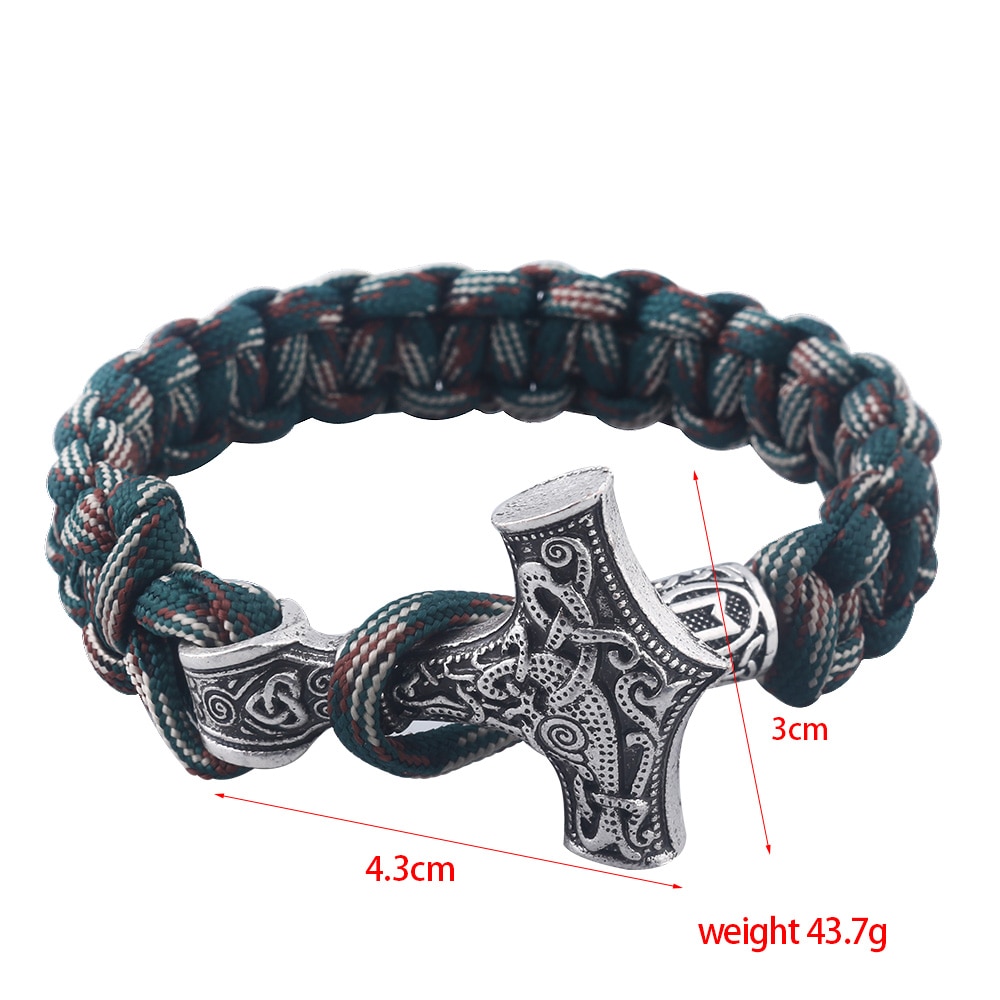 Most practitioners of Germanic Heathenry have adopted the symbol of Mjölnir as a symbol of faith, most commonly represented as pendants or other small jewelry. Renditions of Mjölnir are designed, crafted and sold by Germanic Heathen groups and individuals for public consumption as well as a religious practice. 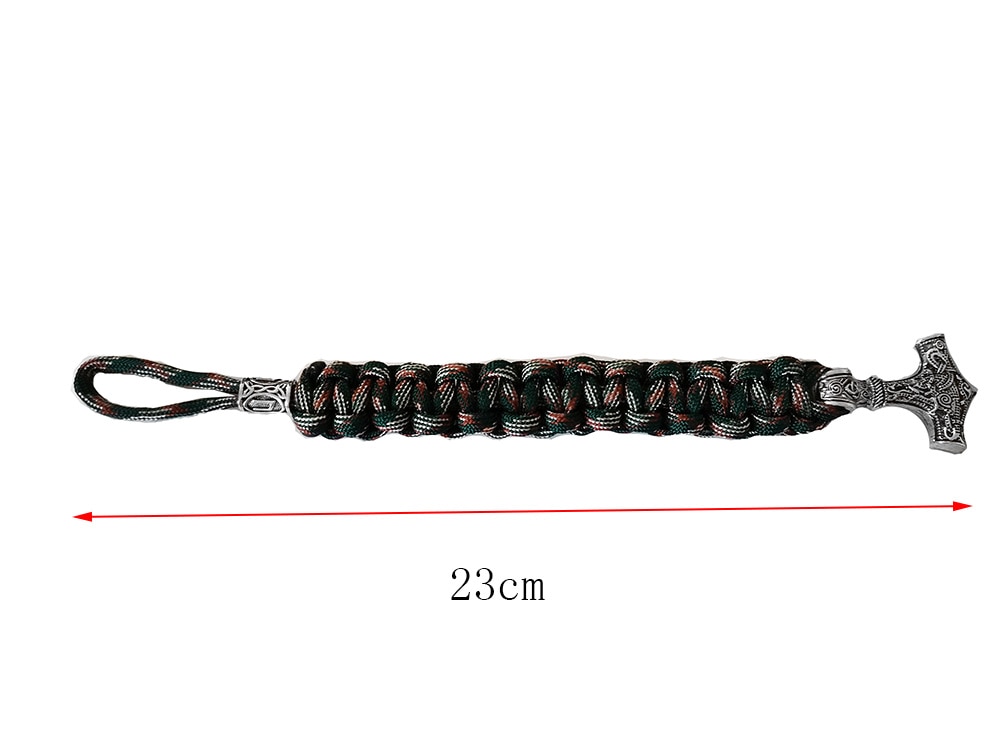